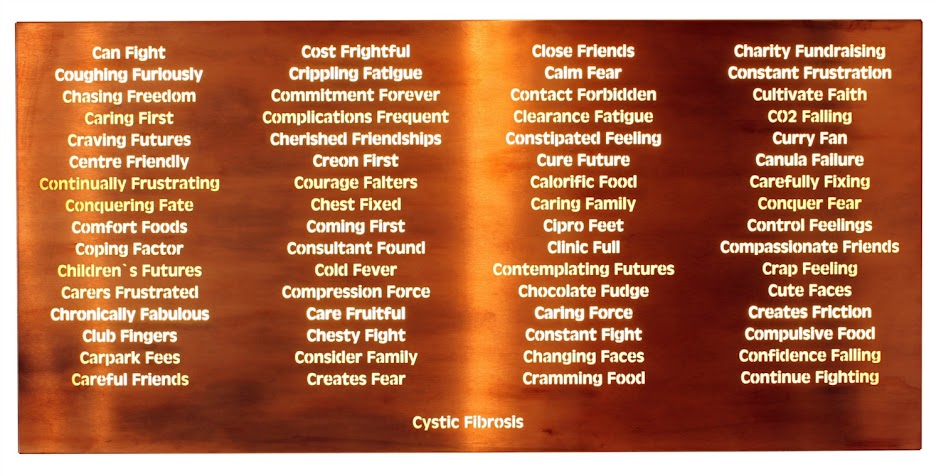 Late in 2014,  a call went out from the artists on to Cystic Fibrosis (CF) patients, families and staff at Ward 26 Heartlands Hospital Birmingham, to come up with a number of two word phrases starting with C and F which give an alternative viewpoint of their experience of CF.

Cystic Fibrosis is the most common genetically inherited disease, and affects multiple body systems and in particular the lungs. As it is a lifelong and life threatening condition, the effect on patients,  families and medical staff is significant and complex.

The objectives of this piece are to explore this complex world through the series of CF phrases suggested which are mix of the funny, poignant, and insightful, proposed by those that are intimately involved

65 phrases were chosen and each one cut into a sheet of copper for posterity and backlit so as to illuminate, both literally and metaphorically, the experience of those in the outpatients waiting room of the specialist CF unit at Ward 26, where the piece is displayed.

This is one of 3 works created about CF by me between 2013 and 2015. This piece was commissioned by the Trustees of Birmingham Heartlands CF Centre and installed in the outpatients waiting room there.